Lock down....has it really been that bad. 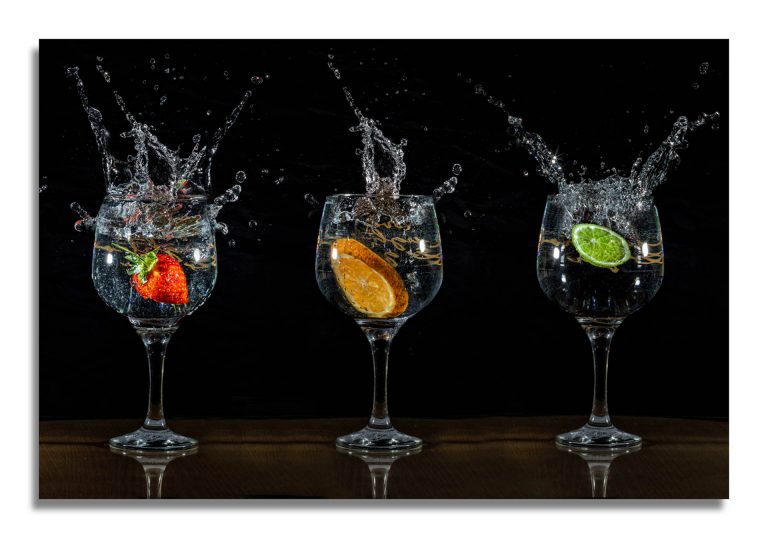 Getting locked down on the 23rd March 2020 has been pretty hard for a lot of people for various reasons. Photographers have been confined to their homes/gardens and going stir crazy to get out there with their cameras but obviously we were not aloud.

I personally had not long bought a new edition to my collection of work tools. I have ventured into the world of mirrorless cameras and treated myself to a Canon EOSR. Still a full frame camera but it has quite a few new additions to my older models.

I decided I was going to get a few experimental projects done that can be done from the comfort of my own home, or garage as the case was as the wife would not let me start throwing water around the kitchen. Years ago I had a go at using off camera flash to try and capture and freeze water splashes, I got the general idea of it but my images and skill level were not as good as they are now so I have recreated the same but using newer equipment and a lot more knowledge.

The image above was created by using my pop up backdrop, using the black side. Then I placed a sheet of glass on a table in front of it. In the middle of the glass I placed a wine/gin glass. I used the sheet of glass to get a reflection. Then I placed two speedlights, one either side of the glass, slightly in front aiming back towards the glass. Set my cameras aperture to F8 to keep a decent depth of field so I could try and keep everything sharp from front to back. Set my iso at 200 and my shutter speed at my cameras sync speed to my speedlights, 1/200th of a second. It was a case of experimenting then by upping and lowering the flash power to get the desired light.

Then the fun starts, hundreds of photos taken and trying to time it so I caught the fruit hitting the water at the correct time, and i mean hundreds. I actually used an app from canon to control my camera but you can buy a trigger to fire your camera shutter.  I used a strawberry first and then when I was happy with the images I cut an orange into different slices. Again going through the same procedure, until I was happy I had the images I wanted. Now the photo with the lime is actually a smaller slice of the orange, I just altered the hue/saturation later on in photoshop.

Top tips if you fancy doing this, have a big towel and bucket to catch any excess water and plenty of patience.

One the garage had been cleaned and dried out it was just a case of opening the images in photoshop, choosing the ones I wanted to use then with a bit of photoshop knowledge enhance the images and then put all three together as above.

Below was my attempt from about 5 years ago. Back then I thought it looked ok but I think compared to more recent images there was definitely room for improvement.